The Health of Michigan’s Children—COVID and Beyond

This Forum has concluded. A recording of the session is available here. 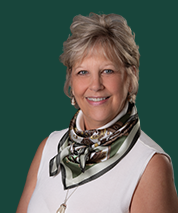 Dr. Small earned her Master’s degree as a Pediatric Nurse Practitioner and PhD from Rochester, New York. Since that time, her practice and academic positions have focused on providing, studying and/or improving the health care of children and families. She has a passion for high quality healthcare, evidence-based practice, and implementation of thought-provoking educational strategies to challenge learners to always seek and provide best practices. For over two decades she has integrated and applied these passions with the goals of impacting healthcare practices.

Embracing the academic tripartite mission of education, research, and service; Dr. Small has served as a nursing educator and researcher for greater than 20 years, held multiple leadership roles in several professional nursing organizations as well as serving colleges and universities, and she has continuously engaged in scholarship. As a Primary Care Pediatric Nurse Practitioner for nearly 30 years, she has a strong foundation in child healthcare. As such, her research portfolio and scholarship is based on positive approaches to parenting, usual and unusual child development, motivational interviewing, and the synchrony of interactions between parents and young children. Her dedication to the healthcare of children and families has been recognized by acceptance of Fellowship in the National Academies of Practice, the American Academy of Nurse Practitioners, and the American Academy of Nursing. 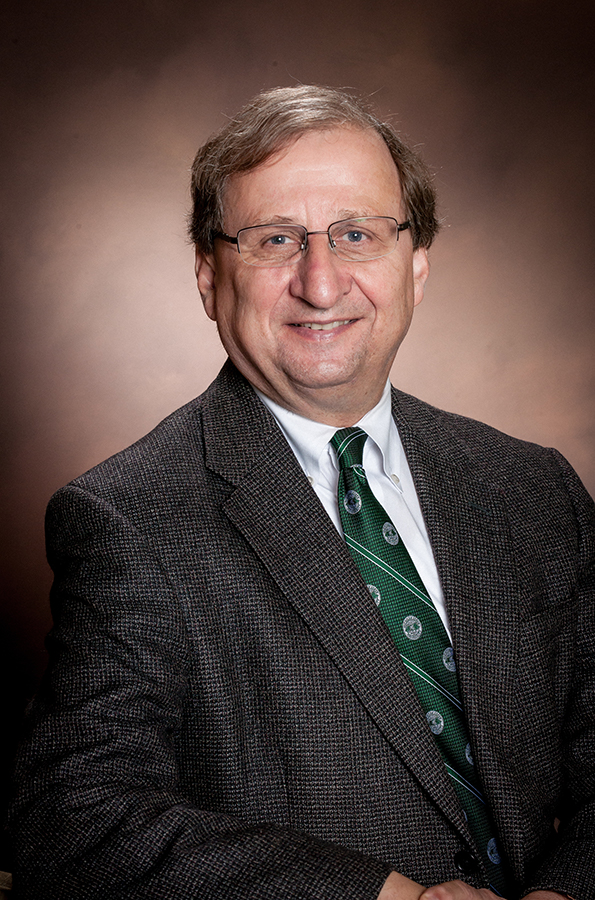 B. Keith English, M.D., is Professor and Chair of the Department of Pediatrics and Human Development in the College of Human Medicine at Michigan State University. He is a native of Texas, earned his B.A. in general science summa cum laude from Coe College in Cedar Rapids, Iowa, and his M.D. from Baylor College of Medicine in Houston, Texas, where he was elected to Alpha Omega Alpha. He completed his pediatric residency and chief residency at Baylor College of Medicine/Texas Children's Hospital/Ben Taub General Hospital in Houston. He then trained in pediatric infectious diseases at the University of Washington/Seattle Children's Hospital, where he worked in the laboratory of Chris Wilson. 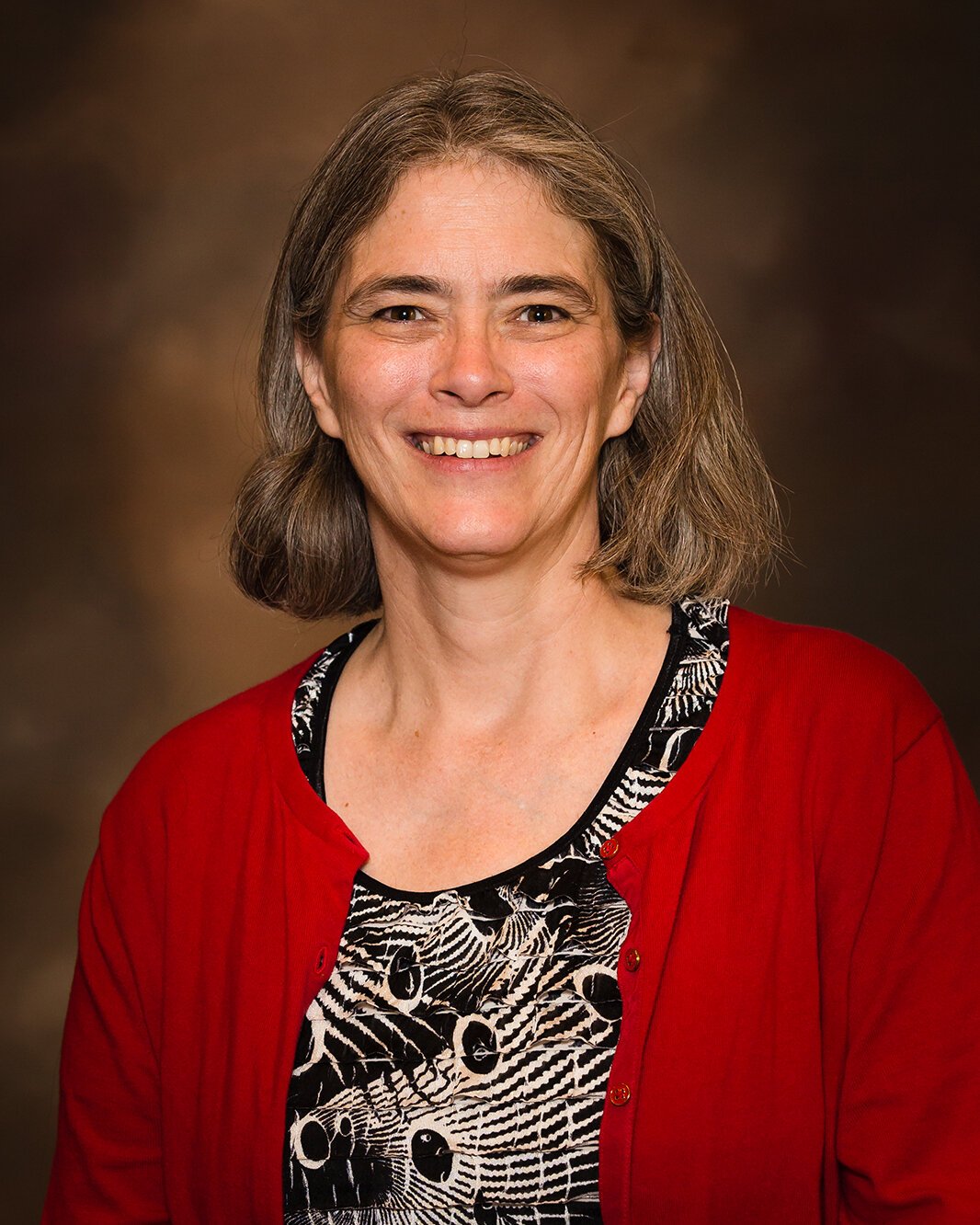 Bureau of Epidemiology and Population Health

Sarah serves as the State Epidemiologist and is responsible for reviewing staff technical reports and publications for scientific accuracy and implications for public health practices. She provides epidemiologic knowledge to staff in response to outbreaks and chemical events. She mentors MPH and doctoral students, Council of State and Territorial Epidemiologists (CSTE) fellows, and Epidemic Intelligence Services (EIS) Officers with the Centers for Disease Control and Prevention.

Sarah has served as an epidemiologist at MDHHS more than 15 years, working in areas of environmental health, maternal and child health, health disparities, and chronic disease. Sarah has a Masters of Science in Epidemiology and Biostatistics from University of Massachusetts at Amherst and a PhD in Epidemiologic Science at the University of Michigan School of Public Health.

Herman Gray, MD, MBA, FAAP, Distinguished Service Professor, Chair of the Wayne State University School of Medicine Department of Pediatrics and President, Wayne Pediatrics, Inc.  With a faculty group of more than 125 physicians, basic scientists and researchers, the department is responsible for pediatric clinical care, research, and teaching the next generation of pediatricians, as well as advocacy on behalf of children and their families. Prior to his appointment as Chair in early 2018, Dr. Gray was President and CEO of United Way for Southeastern Michigan, an organization dedicated to improving lives and communities, and addressing social determinants of health.

Dr. Gray has served on the boards of national, state and local professional and community organizations such as the U.S. Medicaid and CHIP Payment and Access Commission (MACPAC), the Children’s Hospital Association board of directors, the Children’s Hospital International Executives Forum, the Skillman Foundation Board, the Detroit Symphony Orchestra Board, the City of Detroit Mayor’s Workforce Development Board, Co-chair of the Coalition for the Future of Detroit Schoolchildren, the Detroit Maternal Child Health Forum Steering Committee, and the State of Michigan Maternal Infant Health Strategy Group.

Recognized for his community involvement, volunteerism, and passionate child advocacy, Dr. Gray has received numerous honors including 2018 Distinguished Alumni Award by the National Medical Fellowships, 2018 Gerald Smith Humanitarian Award by the Black Family Development Fund, being inducted into the Sparky Anderson’s Charity for Children: CATCH Hall of Fame.  He was named a Top 25 Minority Executive in Healthcare by Modern Healthcare Magazine and Ambassador of the Year by Ambassador Magazine. He has been recognized by United Way of Southeast Michigan as a Billboard Community Leader, Humanitarian of the Year by the Michigan Roundtable for Diversity and Inclusion, and Outstanding Physician Leader of the Year by the University of Tennessee College of Business Administration. He is also a recipient of the Health Care Leadership Award from the Michigan Health and Hospital Association. 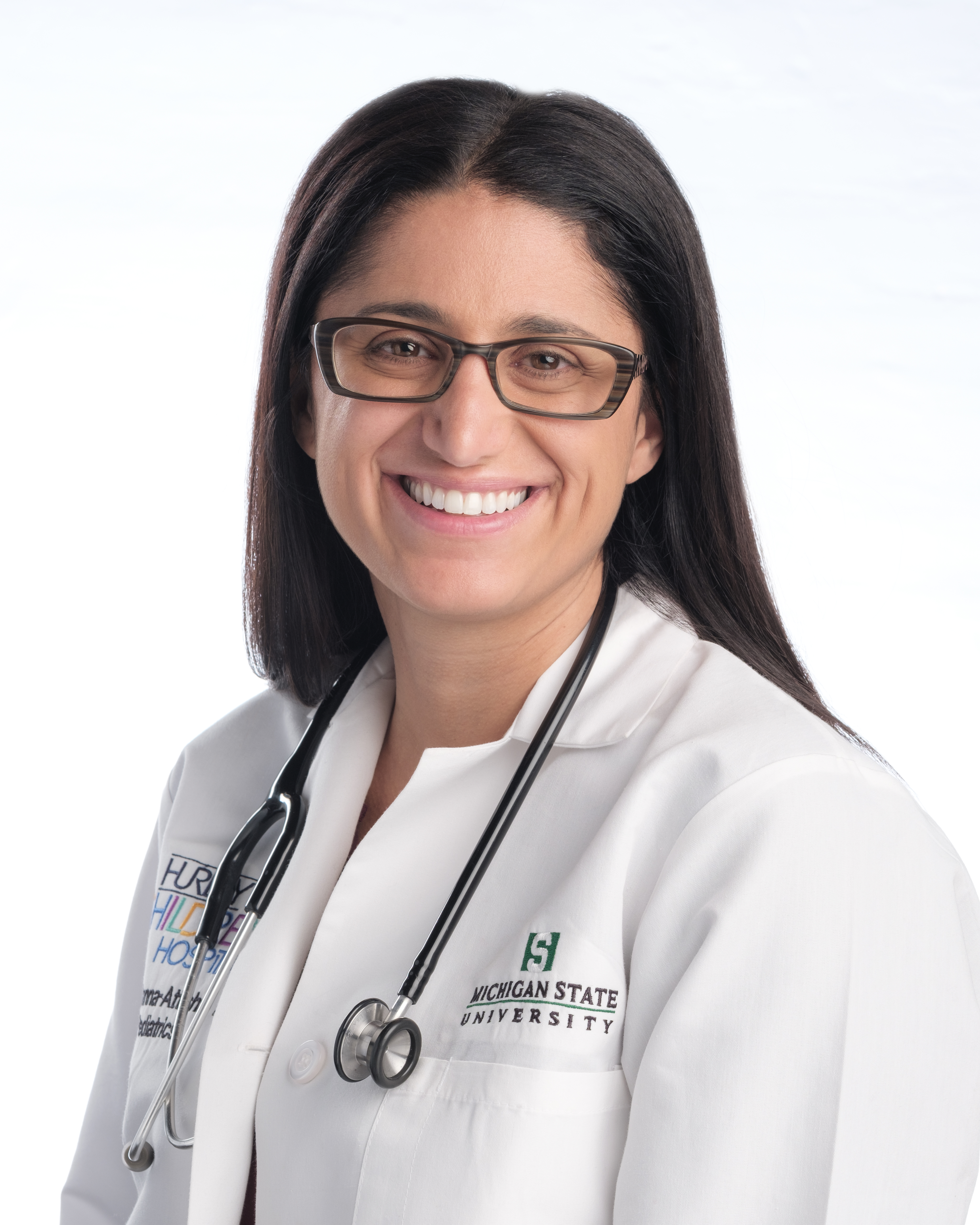 A pediatrician, scientist, activist and author, Dr. Hanna-Attisha has testified four times before the United States Congress and was awarded the Freedom of Expression Courage Award by PEN America. She was named one of Time magazine’s 100 Most Influential People in the World and recognized as one of USA Today’s Women of the Century for her role in uncovering the Flint water crisis and leading recovery efforts, and most recently, received the 2020 CDC Foundation’s Fries Prize for Improving Health.

A frequent contributor to national media outlets, including the New York Times and Washington Post, Dr. Hanna-Attisha has appeared on CNN, MSNBC, BBC and countless other outlets championing the cause of children in Flint and beyond. She is the founding donor of the Flint Child Health and Development Fund (flintkids.org).

With concentrations in environmental health and health policy, Dr. Hanna-Attisha received her bachelor’s degree and Master of Public Health degree from the University of Michigan. She completed her medical degree from Michigan State University College of Human Medicine and her residency at Children’s Hospital of Michigan in Detroit, where she was chief resident. She is currently a Charles Stewart Mott Endowed Professor of Public Health and an associate professor of pediatrics and human development at Michigan State University College of Human Medicine.

Dr. Hanna-Attisha is the author of the widely acclaimed and bestselling book What the Eyes Don’t See: A Story of Crisis, Resistance, and Hope in an American City. 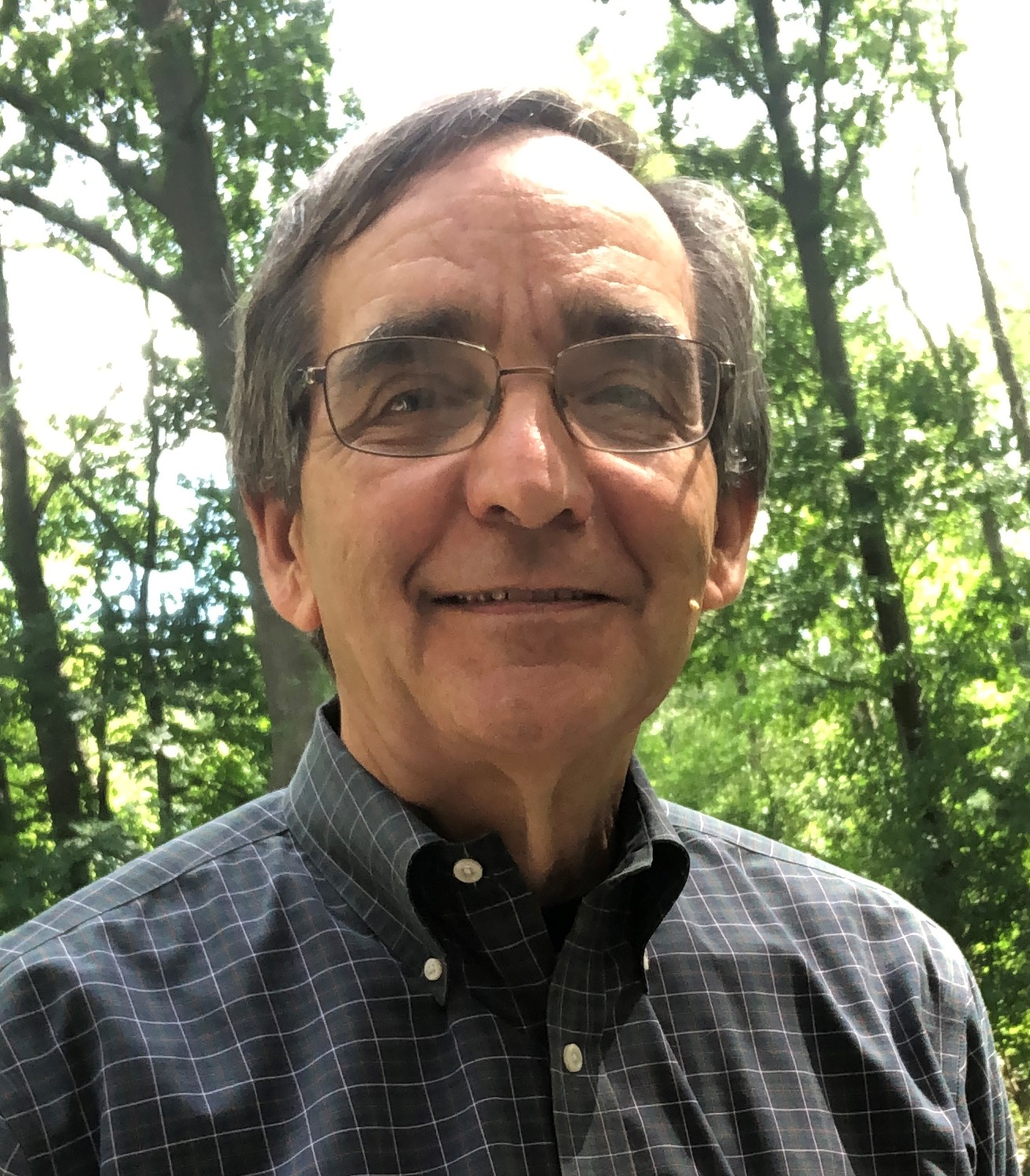 Dr. Ken Pituch received his medical school and residency training at the University of Michigan in Ann Arbor. He practiced general pediatrics in New York City and in Indianapolis, Indiana for 10 years before returning to Ann Arbor as a general academic pediatrician in 1995. From 2003 to 2015, he was the Chief of the Division of Hospitalist Medicine, and since 2005 he has been a part of the Pediatric Palliative Care Program. In 2018, he launched the Partners for Children program at the Mott Children’s Hospital in Ann Arbor. The partners program provides home based support for children with medical complexity and high hospital utilization. Dr. Pituch and his colleagues are anticipating that Michigan Medicaid will adopt a policy that will provide funding in order that this model of care can become available for over 1000 children in our state who require lifelong care by multiple medical specialists, and whose care is often fragmented, and confusing to their parents.

Dr. Pituch has mentored numerous medical students, residents and fellows in the care of patients with chronic complex illnesses. In 2016, he was awarded the Community Achievement Award by the American Academy of Hospice and Palliative Medicine. 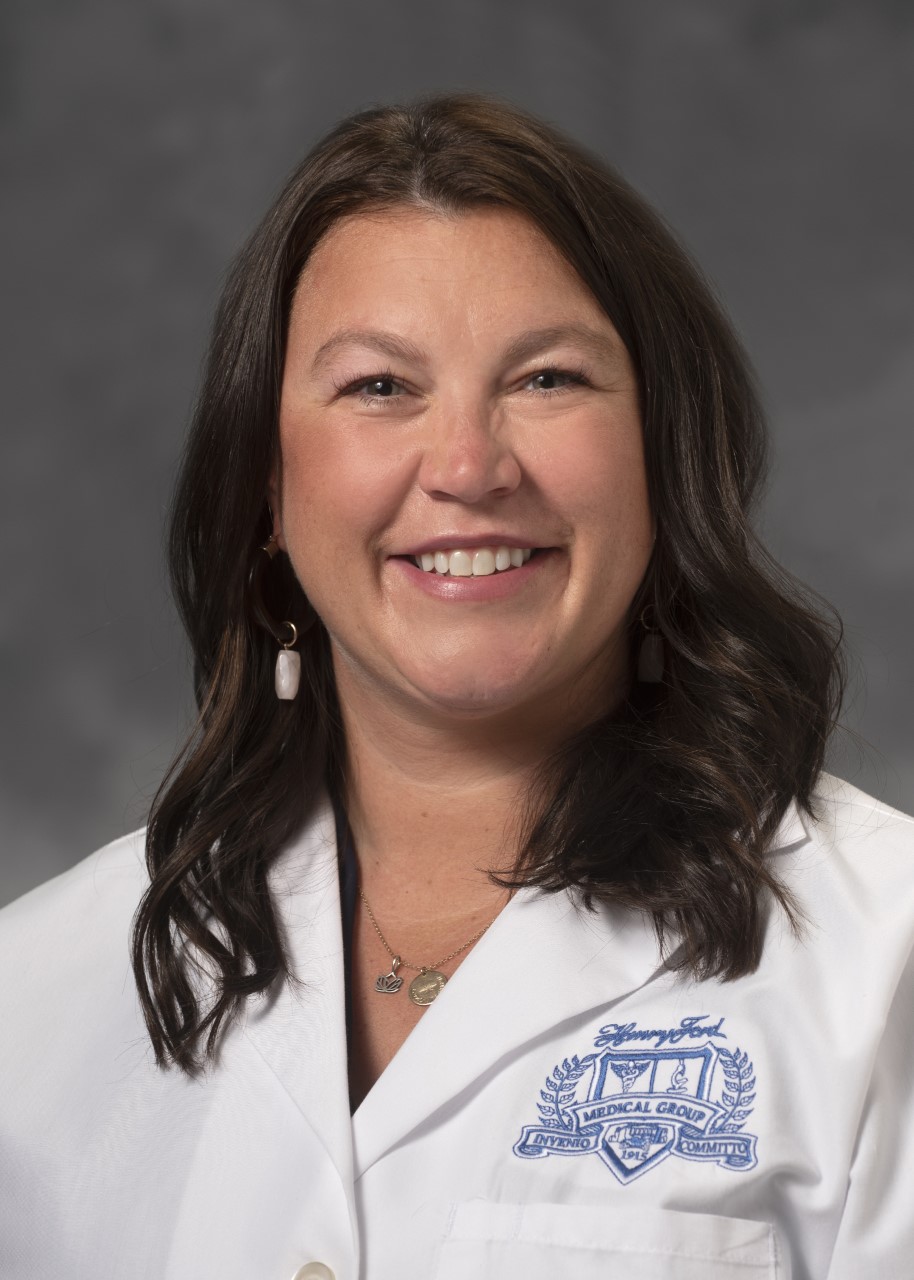 Dr. Ashlee Vance is a neonatal nurse scientist at the Center for Health Policy and Health Services Research with Henry Ford Health in Detroit, Michigan. Dr. Vance completed a postdoctoral fellowship with the National Clinician Scholars Program at the University of Michigan after finishing her doctorate in Nursing at Duke University. Her research is dedicated to promoting health and health equity for high-risk and medically complex infants and their families by addressing the familial, social, and economic impact of neonatal hospitalization. Her research interests include aligning healthcare system practices with family-focused values to increase parent engagement and self-efficacy during and after NICU hospitalization and advocating for policies that protect families from the financial hardships associated with having a medically complex infant. 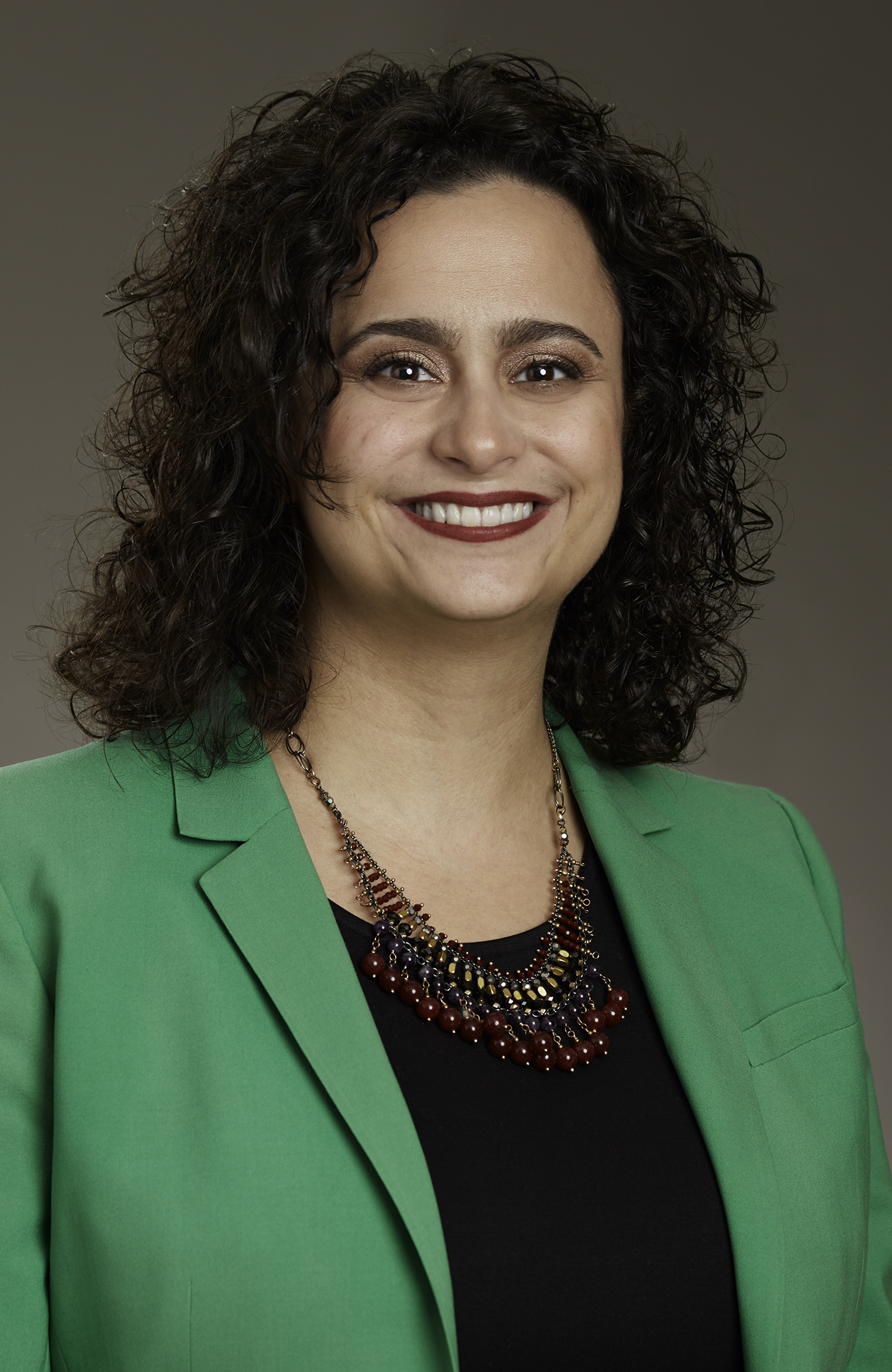 President and CEO of the Michigan League for Public Policy

Monique Stanton, President and CEO of the Michigan League for Public Policy, has dedicated her career to promoting social justice and advancing equity in Michigan. She is committed to addressing economic inequality, advancing racial equity, and promoting the health and well-being of Michiganders through public policy change. Previously, Monique served as President & CEO of CARE of Southeastern Michigan, one of Michigan’s largest peer recovery coaching programs.

Monique received her undergraduate degree from Aquinas College and a Master of Arts in Social Justice from Marygrove College. 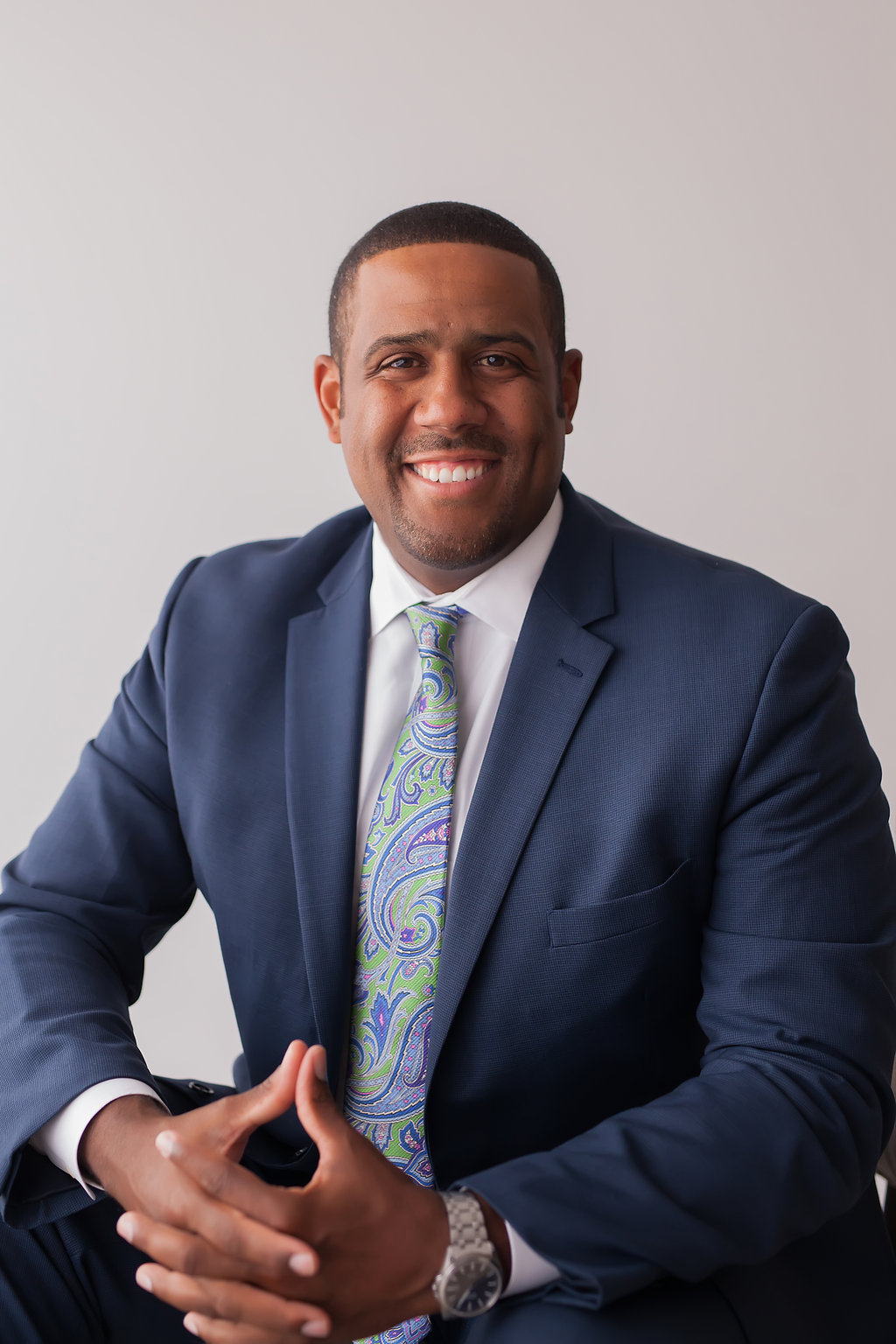 Mr. Guerrant has been a strong leader and advocate in youth health, development and safety issues in community-based non-profits, local schools, and state government for over 14 years. Currently, he is the Deputy Superintendent of Finance and Operations at the Michigan Department of Education (MDE), providing leadership across a diverse spectrum ranging from Financial Management and School Finance; to Health & Nutrition Services; and the Library of Michigan.

Previously, Mr. Guerrant was the Director of the Office of School Support Services at the department, and the Acting Manager of the Safe and Drug Free Schools Program at the Michigan Department of Community Health.

Mr. Guerrant earned a Bachelor’s (BA) in Psychology (Child Development) from Long Island University, a Master’s in Social Work (MSW) from the University of Michigan and completed Michigan State University’s Educational Policy Fellowship Program.  He has served on numerous organizational boards ranging in focus from youth homelessness to adolescent sexual health and is passionate about improving the health and educational outcomes of Michigan students.

1. Covid Vaccine concerns are starting to spill over into routine immunizations

5. How can Michigan address its dire shortage of mental health professionals?

8. Michigan’s Medicaid ballooned during COVID. It’s about to be pared back

9. Michigan teens give advice on how to help peers struggling with mental health issues in pandemic

13. Families of Children with Medical Complexity: A View from the Front Lines

14. Impact of the COVID-19 Pandemic on Mental Health of Children, Adolescents, and Young Adults

15. Mental Health Effects of the COVID-19 Pandemic on Children and Adolescents

16. Youth Well Being During the COVID-19 Pandemic